All NPC campuses/centers are CLOSED to the general public until further notice. Some campus/center buildings and offices are open to those with specific college business such as currently enrolled students and class registration. All college offices are still providing services remotely during normal business hours. Find the most up-to-date information at www.npc.edu/covid19. 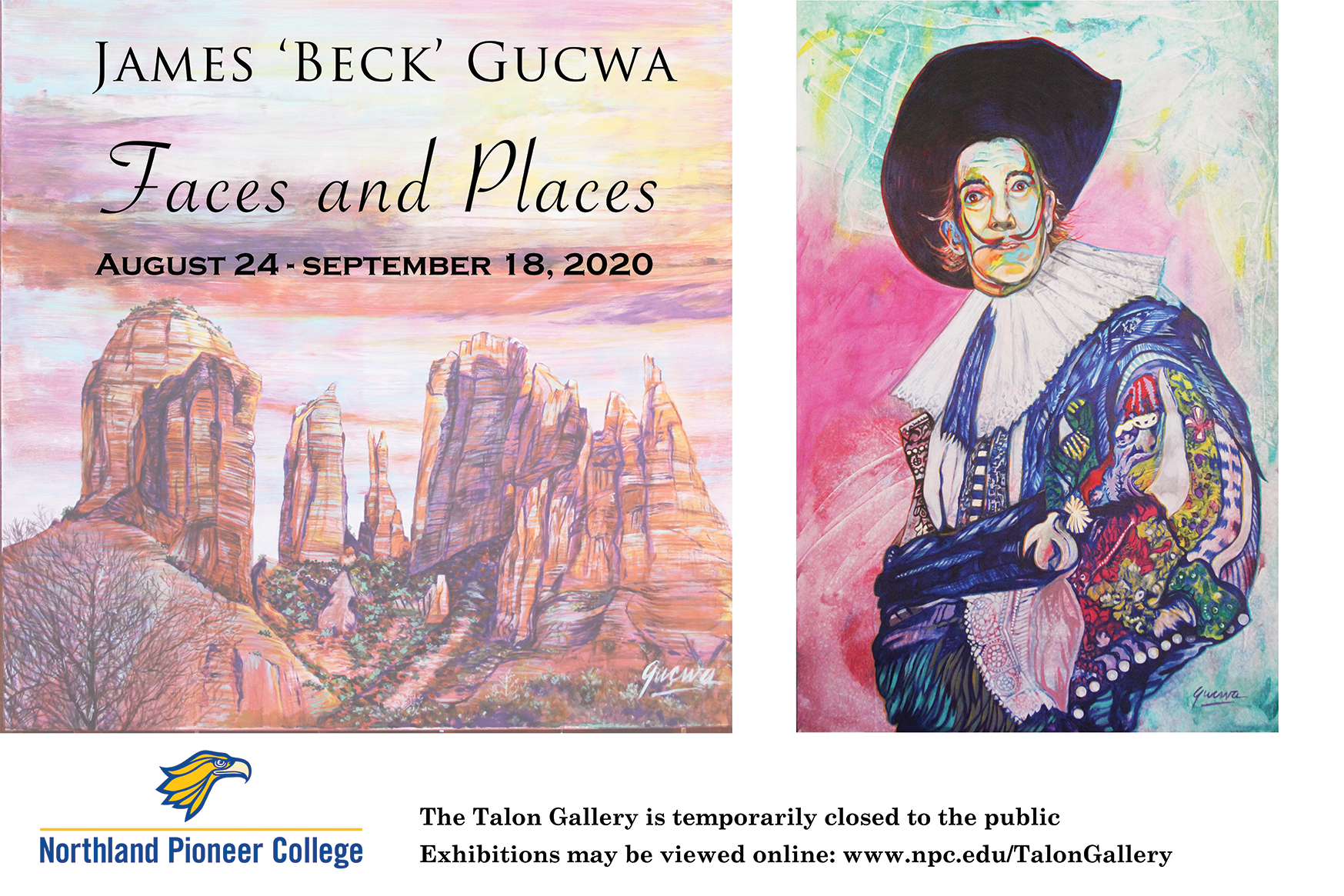 View Images from the exhibition, "Faces and Places," by clicking here

About the Artist:
Jim 'Beck’ Guçwa was born with a paint brush in his hand. There was never any doubt in his mind that, one way or another, he would become a professional fine art painter. After obtaining a BFA in painting, he yearned for more and began additional study as a private student at the Dan Welden Lithographic Studio in Long Island, N.Y. and then as a painting apprentice in the art studio of the late contemporary painter, Gregory Gillespie, (Whitney Museum, Smithsonian-Hirshhorn Museum). The French post-impressionist, Paul Gauguin, moved to Tahiti to live and paint its people and tropical landscape. Admiring Gauguin’s choice, Guçwa left for the island of Jamaica to put into practice all he had learned.
Since 1986 he’s had one-man exhibitions year after year in some of the finest galleries in the country, from Miami to Scottsdale to Santa Monica to San Francisco and ultimately New York City. He is often referred to as 'Kingneon' because of the hundreds of photorealistic canvases he has painted of the American roadside, mostly using the subject of vintage neon signs. In 1998 he was made an “Officially Licensed” fine artist for Harley-Davidson, Chevrolet/Corvette, and Mattel Toys/Hot Wheels Division. Besides painting ‘The History of Memphis’ mural for the National Historic Landmark, the famed, Peabody Hotel, he was commissioned by the City of Mesa to  paint six historic murals at The Mesa Southwest Museum.
After years of painting photorealistically, most recently he’s discovered a new freedom in painting—Fauvism. Whereas previously one of his photorealistic paintings often took him a full month to complete, the collection of originals hanging here in the Talon Gallery first began in January of 2020.
Guçwa would like everyone who enjoys his art to be able to afford to buy an original painting—not just the wealthy. For the first time ever, he is offering these original paintings within reach everyone can afford. He also accepts commissions.
James and his wife, Katie, live in Pinetop. Besides painting, he loves to write and has published two, full-length fiction novels, along with one non-fiction book, plays the saxophone professionally, and enjoys chess. To view more of the artist’s work visit, www.kingneonfineart.com.