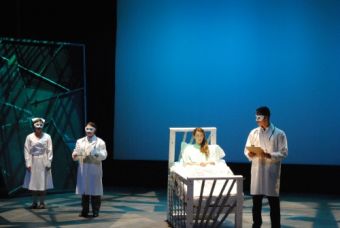 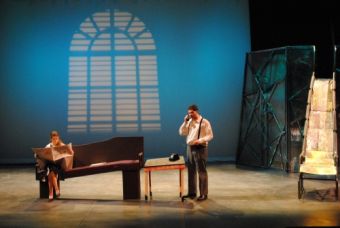 The "Domestic" scene with Cassie Spaulding and Chandon Fish (Husband). Our expressionistic set was created by the St. Johns Welding class with the set design by Welding faculty member Frank Pinnell. Lighting design by Patrick Day. 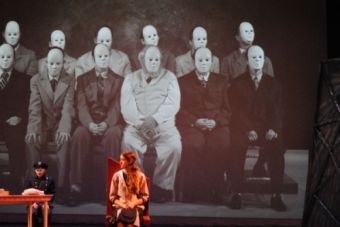 Machinal also incorporated filmed scenes by NPC Film faculty member Mark Ford and his video and audio students. The "Courtroom" scene where the young woman (Cassie Spaulding) stands trial for murder. The projected image of the jury is on the screen behind her as portrayed by the ensemble. The masked bailiff is portrayed by Ashley Nudson. 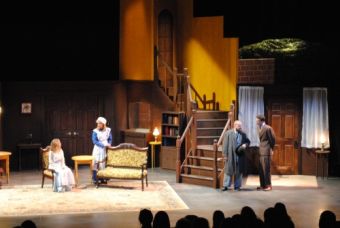 The fall 2016 dinner theatre production was The Spiral Staircase. In the opening scene, another murder is reported to the mute Helen (KayBree Raisor), while the nurse (Brandi Perkins) listens to the conversation between the constable (Josh Raisor) and Professor Warren (David Messer). 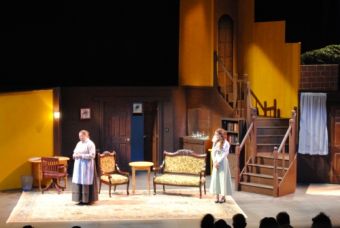 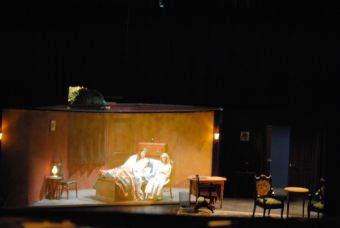 In the scene Mrs. Warren (Kysee Weatherford) warns Helen (KayBree Raisor) of danger in the house. The scene featured a scrim wall which revealed the scene behind it. Lighting design by Patrick Day. 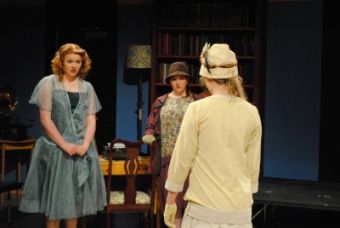 Above - Shannon Green and Holly Whitmire. Below - Breanna Jakary and Kara Hunt in scenes from W. Somerset Maugham's The Constant Wife, which was performed in the drama lab in April 2016. Directed by Dr. Mike Solomonson with lighting design by Patrick Day. 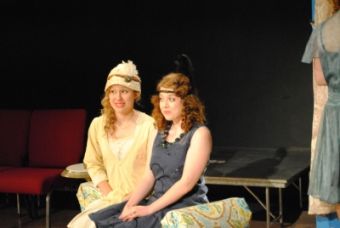 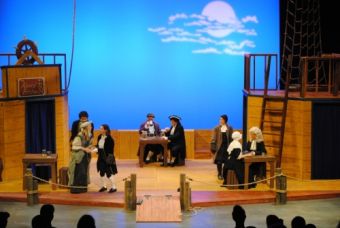 A scene in the Admiral Benbow Inn from Ken Ludwig's adaptation of Treasure Island directed by Dr. Mike Solomonson and lighting design by Patrick Day. The swashbuckling adventure was performed as part of the college's annual dinner theatre production in November 2015. 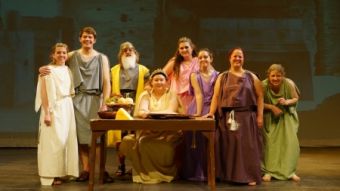 The cast of Women In Congress, directed by Lisa Jayne, Artistic Director of the White Mountain Regional Theater. April 2015. 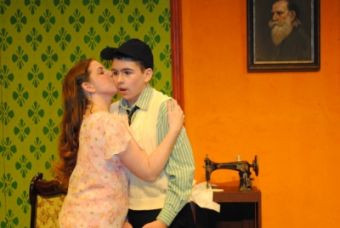 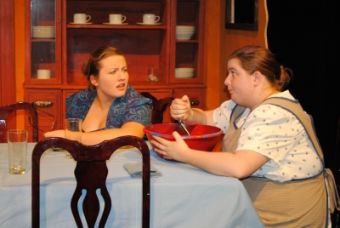 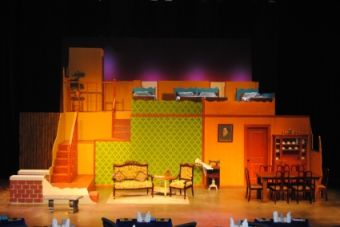 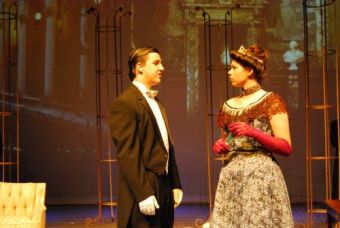 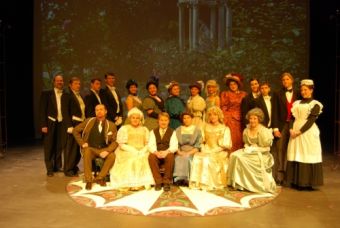 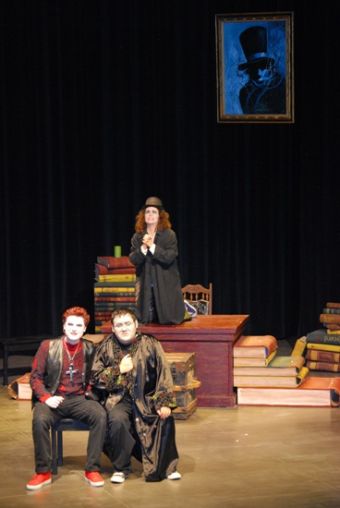 NPC and the White Mountain Regional Theater remounted a production of Jacob Marley's Christmas Carol for December 2013.  In the photo above, cast members Kyle Nowell, Dustin Benavides, and Lisa Jayne perform a scene from the play.  The production was directed by Alex Brown. 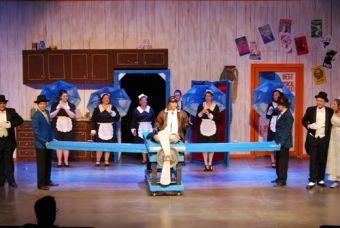 The Drowsy Chaperone featured the arrival of an airplane on stage. To solve this 'spectacle' moment, the kitchen island became the body of the plane and the refrigerator doors became the plane's wings in Debra Fisher's innovative set design. Trix the Aviatrix played by Maranda Blake makes her entrance in the photo above. 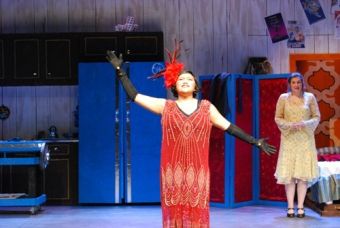 The Drowsy Chaperone was the November 2013 dinner theatre production. In the photo above, Katie Nashio as the title character accepts the applause of the audience as Ashley Nudson, who portrayed Janet Van De Graaff, looks on.

Lisa Jayne's original script Coeur d'Alene was performed in September 2013. The play was based on events that occurred in the late 1990s when a white supremacist group applied for a parade permit in the town.  Former Mayor Steve Judy participated in talk-back sessions with the audience after each of the opening weekend performances.  In photos above (left): Steve Judy, portrayed by Kyle Nowell, consults with a rabbi played by Barry Richins.  In photo (right), Mike Solomonson portrays the leader of the Aryan Nations, Rev. Thomas Metzler. 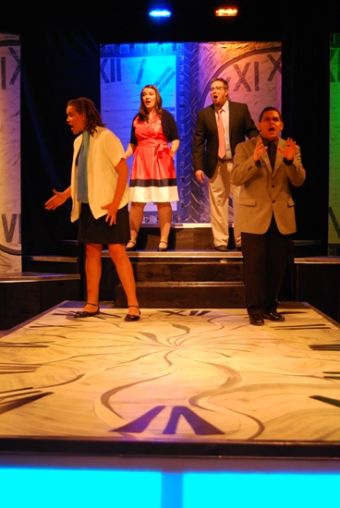 Songs For a New World was produced in April 2013, in the drama lab space. Performing in the musical were (on lower level) Jesse Reeck and Alex Brown, and (on upper level) Kamery Solomon and Steve Busch. The production was directed by Julie Neish. 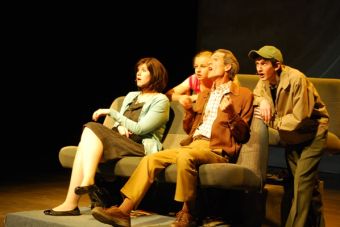