NALETA is a true partnership with regional law enforcement agencies which assign sworn officers as instructors at no charge to the college, explained Jon Wisner, NPC’s Director of Public Safety Education.

Detective Aaron Canyon of the Winslow Police Department addressed the recruits and attendees. “As of today, you are becoming officers… this is just the start of your career. Your motto, ‘we won’t quit until the job is done’ speaks volumes of what is expected of you. You have endured a long road… and you have gotten through it.” Canyon noted, “I started as a patrol officer just like you. This is just the start of your career and there’s always more for you to grow, there’s no limit to what you can achieve. I look at each and every one of you and see greatness. I see future Sergeants, Lieutenants, Captains, and Chiefs. Do your very best, work hard, and maintain your integrity and honesty.” Canyon continued, “These are troubled times in which we live in… I believe that you will make your community a better and safer place and that you will be shining examples of professionalism. I believe that you will always make us proud.”

Photos from the ceremony are posted online at www.npc.edu/npc-gallery.

If you are interested in becoming a certified Arizona peace officer, contact the agency you would like to work for to begin the process, which can take four to eight weeks. NALETA Class 2022-2 is scheduled to begin July 18th.

Centrally located at the Northeast Arizona Training Center (Jake Flake Emergency Services Institute), in Taylor, NALETA is a fully accredited AzPOST “closed” academy. This means students can only enroll under the sponsorship of a law enforcement agency.

At a minimum, a prospective recruit must be at least 21 years of age by the end of the academy; and be able to pass a variety of testing processes, which will include physical agility, firearms, and written tests, a background investigation, and a polygraph.

Further information concerning AzPOST eligibility requirements can be found online at post.az.gov by then clicking on the “Certification Process” link in the top navigation bar, or by contacting the police or sheriff’s office where you would like to begin your law enforcement career. Tribal officers, game and fish wardens, and agricultural inspectors are also sworn, peace officers. 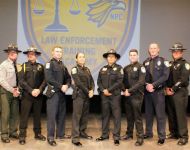 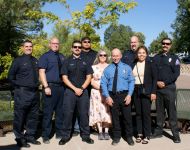 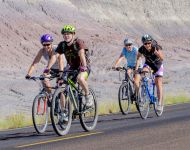 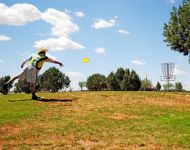 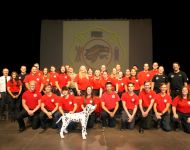