All NPC locations and offices are open during normal business hours with COVID mitigation efforts in place. Click to see hours by location and the COVID information page.

NPC Friends and Family (NPCFF), the nonprofit that supports the students of Northland Pioneer College (NPC), awarded thirty-six scholarships totaling $30,727 to twenty-five unique students for the spring 2022 semester. Fall 2021 scholarship awards worth $47,902 went to thirty-seven students, bringing the combined total for the 2021-22 academic year to $78,629, the most ever awarded by the foundation in an academic year.

“In our first academic year, 2014-15, we awarded a little less than $20,000 to twenty-one students,” explains Friends and Family Executive Director Betsyann Wilson. “It is so gratifying to see this kind of growth.” A total of 118 applications were submitted for thirteen different scholarships. Per Friends and Family board policy, each applicant may win no more than two scholarships per semester, and awardees will receive the two most valuable scholarships from among those for which they have applied. Fifteen of the applicants received two scholarships, and every applicant received at least one scholarship award.

This January, an additional $10,000 will be awarded to recipients of the new AndyVon Transportation Grant for Native American students. To qualify for this $1,000 grant, students must be Native American, reside on tribal lands, and commute at least 30 miles, one way, to attend at least one in-person class at an NPC campus or center in the spring 2022 semester. Applications from eligible students will be accepted on a first-come, first-served basis beginning Monday, January 3. Details can be found at https://www.npc.edu/scholarships/andyvon-transportation-grant.

Six inaugural AndyVon Academic Scholarship awards of $1,000 each were made to Ashlyn Adakai of LeChee, who will complete her Associate of Science degree in May; Cornelia Nez of Dilkon, who is taking prerequisites for NPC’s Associate Degree in Nursing (ADN); Jolie Selestewa of San Carlos, who is dually enrolled in an associate degree program at NPC as well as in Arizona State University’s (ASU), public health program; Stephanie Redhorse of Winslow, who will complete her Associate of Applied Science in cosmetology; Leticia Albert of Whiteriver, who will graduate with her Associate of Business degree in May; and Autumn Sprengler of Fort Apache, who will begin studies in NPC’s pharmacy technology program in January. Selestewa was also awarded the $1,200 Doris Powers Scholarship, provided by the White Mountain Women’s Club.

The Jennifer Lee Witt Memorial Scholarship, established in memory of NPC’s beloved former professor of English and creative writing, was awarded to Kristen Cline of Show Low, who is taking prerequisites for the nursing program; to Michael Baldwin of Snowflake, who is pursuing a career in emergency medicine and firefighting; and to Ashlyn Adakai.

Michael Baldwin was also awarded the VAL 153 Memorial Scholarship established by the White Mountain Firefighters Association. The scholarship is in memory of Valeree Reidhead Claude, who passed away while on duty with the Pinetop Fire Department, and assists students pursuing degrees in emergency medical technology and fire science.

Cline and Baldwin also won the $1,000 Pres Winslow Memorial Scholarship, established by the friends and family of Charles Prescott “Pres” Winslow, in homage to his devotion to the students of Winslow High School and NPC. Winslow was an NPC District Governing Board member and a dedicated volunteer in the Winslow Unified School District. He assisted many Winslow High School graduates with successful college and scholarship applications.

Tyler Allen, a second-year nursing student, was awarded the $1,000 Doris Reed Nursing and Allied Health Scholarship and the $1,000 Jeanne Swarthout Presidential Excellence Scholarship. She is dual-enrolled in the nursing program at NPC, as well as in the Bachelor of Science in nursing program at ASU. She will complete her degree in May. Allen is also the president of NPC’s chapter of Phi Theta Kappa and former president of NPC’s Student Government Association. In addition to being a full-time student, Allen works full-time.

The Jon Graff Ph.D. Scholarship Fund provided $500 each to Ashlyn Dighans of Chinle for the University Bound Scholarship, and Lila Taylor of Snowflake for the Career and Technical Education Scholarship. Dighans is working toward her Associate of Science degree at NPC and plans to transfer to the University of Arizona (UofA) to study veterinary science. Her ultimate goal is to become an equine chiropractor.

A total of eighteen students won either the NPC Friends and Family Fill-the-Gaps scholarship or the NPC Friends and Family Leg-Up scholarship. These need-based scholarships are made possible through Friends and Family’s annual fund-raising events, including Pedal the Petrified, Arizona Gives Day and the summer disc golf tournament. Although Pedal the Petrified and the disc golf tournament have been modified or canceled for the past two years due to COVID-19, the continued generous support of NPCFF donors has not only sustained these scholarship funds but allowed the foundation to increase the award amount from $500 to $750 for the spring 2022 semester. Winners include Amaree Barney of Chambers, Ashlyn Dighans of Chinle; Cornelia Nez of Dilkon; Amanda Willey of Flagstaff; Autumn Sprengler of Fort Apache; Ashton Bishop of Holbrook; Andreah Watchman of Sanders; Trina Poleahla of Second Mesa; Angelita Juan and Amber Rose Glauvitz of Show Low; Maggie Shumway of Snowflake; Raylee Johnson of Springerville; Michaelea Nez of St. Michaels; Naomi Cosen and Leticia Albert of Whiteriver; and Joseph Kohler and Stephanie Redhorse of Winslow.

A total of 38 volunteers, including community members, NPCFF board, NPC faculty, staff, and administrators, including NPC President Dr. Chato Hazelbaker, took part in the review and scoring process for the spring scholarships. “While these are all excellent students, they also have considerable financial need that makes affording college a struggle,” NPCFF director Wilson notes. “I am deeply grateful for these scholarships, which provide life-changing opportunities to the students of NPC. I cannot overstate how important scholarships are, especially to first-generation students.” Wilson relates one student awardee, Michaelea Nez of Fort Defiance, wrote the following in a thank-you note to the NPCFF board: “I am so very thrilled and thankful to have been selected as the recipient of the Leg-Up Scholarship. I appreciate you all for supporting my education and giving me the opportunity to get a step closer to reaching my goals. I hope that you all know that receiving this scholarship benefits me in so many ways, not just financially. Because of your scholarship, I gain self-confidence, inspiration to better improve my writing, and motivation to pursue my education to completion.”

Since fall 2014, NPC Friends and Family has awarded over 400 scholarships to NPC students, making a tremendous difference in their pursuit of post-secondary education. To learn more about NPC Friends and Family and how you can help transform a student’s life, contact Betsyann Wilson at 928-536-6245 or betsy.wilson@npc.edu. You can also make a tax-deductible donation at www.npcfriendsfamily.org 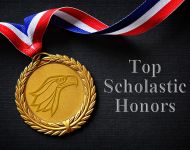 Northland Pioneer College (NPC) recognizes students who academically excel by naming them to the ... 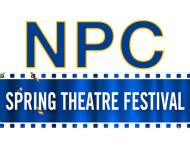 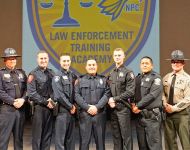 The “Thin Blue Line” in Northeastern Arizona is a little stronger with the December 9, 2021 swearing ...

NPC Friends and Family (NPCFF), the nonprofit that supports the students of Northland Pioneer ... 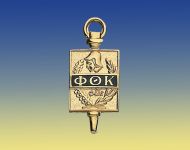