It was the day that changed America forever. The Jake Flake Emergency Services Institute Northeast Arizona Training Center (NATC), hosted a memorial in remembrance of the 20th anniversary of the attacks and tragedy of 9/11 exactly twenty years later to the day, on Saturday, September 11, 2021.

First responders from throughout the White Mountain region, including crews and officers from the Snowflake-Taylor Fire and Medical Department and the Snowflake-Taylor Police Department joined current NPC Fire Science and Administration of Justice students, college faculty, staff and administration, and members of the community to commemorate the tragedy. Participants were treated to a pancake breakfast served by police academy recruits, and received a t-shirt. Representatives from the American Legion Post 126, the Navajo County Sheriff’s Office Honor Guard, as well as a bagpiper from the Timber Mesa Fire and Medical District kicked off the event with an emotional and patriotic flag raising ceremony.

Nearly 100 event attendees gathered at the September ‘21 event which was held on a beautiful sunny day, in observance of a similarly bright and sun filled day that began with tragedy 20 years ago when at 8:46 a.m., American Airlines Flight 11 crashed into New York City’s north tower of the World Trade Center. At 9:03 a.m., a second commercial plane, United Flight 175 hit the south tower. Americans and those around the world, watched in horror and disbelief as at 9:59 a.m. live TV captured the south tower’s collapse. At 10:28 a.m., the second, north tower of the World Trade Center, came plummeting down. More than 2,600 people were killed in and around the World Trade Center buildings on that ill-fated day. At the U.S. Pentagon, 184 died when a third hijacked plane struck the building, and 40 more were killed in Pennsylvania when a fourth plane’s hijackers’, intent on destroying the U.S. Capital, were overcome by passengers who crashed the plane into the rolling farmland.

Jon Wisner, NPC’s Director of Public Safety Education and of the Northern Arizona Law Enforcement Training Academy (NALETA), spoke regarding to the significance of the lives lost that day and how we will never forget. Wisner stated, “It is appropriate for us to honor those first responders who lost their lives that fateful day running towards the fire; here at the NATC where we train the next generation of women and men who strive to be firefighters and law enforcement officers.”

To conclude the 9/11 remembrance event, participants gathered to climb NATC’s six-story tower, typically used for fire and police training exercises as part of NPC’s NALETA and fire science programs. Eighteen of the training center towers would equate to just one of the Twin Towers.

Betsyann Wilson, director of NPC Friends and Family (the non-profit organization that supports NPC student scholarships) and a participant of the event, notes that many of the first responders who attended the event climbed the six-story tower eighteen times, some of them wearing full turnout gear and carrying oxygen and lifesaving tools. She relates, “I was incredibly moved by what they did in solidarity with those who were lost twenty years ago to this day."

For more information on the NATC facility and NPC’s fire and police education and training programs, contact Jon Wisner, NPC’s director of public safety education and NALETA director, (928) 536-6265, email jon.wisner@npc.edu. Additional photos of the September 11, 2021 event can be found on NPC’s online photo gallery at https://www.flickr.com/photos/npcedu/albums/72157719899997965.

NPC Friends and Family is delighted to share news of a brand-new scholarship opportunity for ... 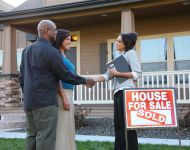 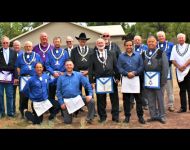 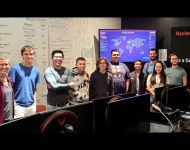 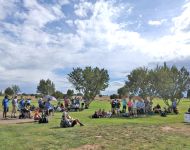 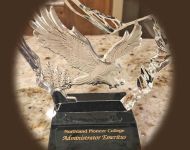