All NPC campus/centers are now OPEN to students and the public with COVID-19 mitigation efforts in place. NPC is following the guidelines of the Tribal Nations in our facilities located on tribal lands. Find the most up-to-date information at www.npc.edu/covid19.

This fall NPC will be soliciting new plays written by contemporary playwrights, producing an exciting, emotionally-varied series of one-act plays that will be featured online for all to enjoy.

Those interested in auditioning should prepare a one-minute comic or dramatic monologue and contact Patrick Day, the series director, at patrick.day@npc.edu or call 928-536-6267 for information on how to connect to the Zoom auditions.

As a means of providing entertainment and intellectual stimulation to their respective communities during the pandemic, many theatres began using virtual tools like Zoom and YouTube to present recorded or live performances of theatrical works.

NPC followed this model this past April with a very successful virtual Spring Theatre Festival Series featuring six new plays, and interviews with the playwrights. NPC’s Performing Arts Department will build on this experience by featuring another round of new plays, which will be launched in November. Day explains, “We’ve had a great following for the virtual series thus far, and this fall’s production will be sure to impress. We are excited for the slate of new entertainment we have in store for everyone.”

Specific online performance dates will be determined soon. Those who audition and are cast will need to have a reliable internet connection capable of supporting technology like Zoom. Rehearsals will be held online on Tuesday and Thursday evenings as part of the department’s fall play production classes.

Questions about auditions or the spring theatre series can be directed to Performing Arts Department series Director Patrick Day at 928-536-6267 or email patrick.day@npc.edu.

NPC can prepare you to work as a substitute teacher

Do you enjoy working with children? Have a knack for teaching others and a desire to help improve ... 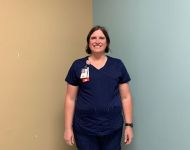 Transferring to a university through NPC is a “sharp move”

An alumni par excellence, Emily Sharp, graduated in 2010 with her degree as a registered nurse from ... 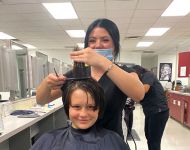 A sign in the lobby of Northland Pioneer College’s (NPC’s) cosmetology center says: Dare to be ... 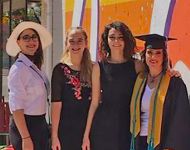 Empowered by education, former NPC student Paula Fish is making smart choices for herself and her family

Having faced the real-world reality check many of us experience, former Northland Pioneer College ... 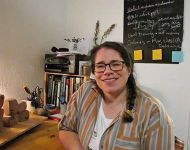 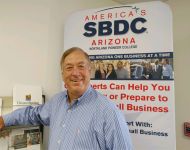