A fiscally conservative preliminary Fiscal Year 2020 budget was approved by the Navajo County Community College District Governing Board during their regular monthly meeting, April 16, in Holbrook. The proposed preliminary budget is based on keeping the tax rate unchanged from the current year, at $1.8164 per $100 of net assessed valuation.

Formal adoption of the budget, tax levy and tax rate will follow public hearings on Tuesday, May 21, starting at 10 a.m., in the Tiponi Conference Room on NPC’s Holbrook – Painted Desert Campus, 2251 E. Navajo Blvd. The final budget can be reduced, but not increased from the preliminary figures presented during the public hearings. The preliminary budget is posted on the college’s website at www.npc.edu/fy2020-preliminary-budget, with a link provided for the public to submit comments if they are unable to attend the public hearings.

“By keeping the tax rate the same as the current year, a property owner would only see an increase in their NPC tax assessment if the assessed valuation of their property changed,” explains Maderia Ellison, NPC’s vice president for Administrative Services and Chief Business Officer, after the meeting. The proposed rate would generate $225,592 more than the Truth in Taxation (TNT) formula, but less than going to the maximum rate permitted under state statute.

The proposed preliminary budget includes a five percent wage and salary increase for most employees, with deans, directors and executive staff receiving only four percent. Board chair Frank Lucero expressed his concern that those at the lower pay levels deserved more than five percent.

Faculty Association President Dr. Michael Solomonson supported the five percent to help improve the retention of qualified instructors. “We have some of the most versatile instructors in the state, teaching live and distance learning classes using multiple platforms, yet we are at the bottom in compensation,” Solomonson noted. “This five percent increase should also help to recruit and retain qualified IS (Information Services) techs and other support positions.”

The board did ask Human Resources Director Chris Roediger and the Employee Relations Committee to review the pay scale structure and consider ways to apply higher increases to those at the lower pay levels.

Ellison noted the proposed preliminary budget includes an increase in grant funds and interest income, but reminded the board that investment income will decline as those funds are expended for approved construction and capital projects.

In other action, the board:

Luci Wytewa, with the Hopi Head Start program, was honored as the Spring 2019 Outstanding Alumnus. Claude Endfield, Early Childhood Development faculty emeritus, recalls her first meeting with Wytewa, who was playing in the mud with Head Start children, which led to her nomination for the semi-annual award. | Read more at https://www.npc.edu/alumni.

The board also approved faculty emeritus status for Lynn Browne-Wagner, who will be honored at the May 21 meeting.

During her monthly report, Betsyann Wilson, executive director of NPC Friends & Family, thanked everyone for the tremendous support on Arizona Gives Day. “We raised $25,837 and earned an additional $7,500 in bonus money for student scholarships,” noted Wilson. “We finished third in the small nonprofits category and 19th out of 723 participants on Arizona Gives Day, including several large organizations in the metropolitan areas.”

She especially thanked NPC Social Media Specialist Kelli Freeman, who set up her own fundraising page; The House – Show Low and Red Barn Creamery who both donated proceeds to the Friends & Family campaign; and the three guys from Q-Country’s Morning Crew – Chris Bennett, Mick Dawg and Brandon Todd  – who agreed to wear prom dresses and get a makeover by NPC Cosmetology students if $5,000 was raised before noon to get a corporate match from the Summit Healthcare Foundation.

She also extended thanks to Lowe’s in Show Low, who donated two pallets of fasteners and Trek decking to NPC’s construction program and the Del Webb Foundation for supporting the Integrated Education Program (IET) at the Whiteriver Center. A completer’s ceremony for the IET students will be May 7 from 1 to 3:30 p.m., at the NPC Whiteriver Center, 720 S. Chief.

NPC Friends & Family awarded $15,500 in scholarships for the fall semester to 29 students. Wilson and NPC President Mark Vest have been meeting with local city councils and school boards as part of a community outreach to share how NPC can benefit their communities.

Fewer students took more credits during the spring semester than in the previous year, reported Rickey Jackson, NPC’s interim vice president for Learning and Student Services.  The 4.3% decline in enrollment was mainly in dual enrollment programs because local high school districts are having difficulty hiring and retaining teachers who meet NPC faculty requirements of at least a master’s degree in the subject.

“The county’s demographics are against us, as there are fewer elementary school students in the pipeline,” noted NPC President Mark Vest. NPC is already reaching out to area schools to sustain the grant-funded TALON Project that is delivering college classes directly to the high schools. NPC College and Career Preparation Learning Assistants will also be working with the regional Workforce Investment agency to process clients and get them ready for job training.

Ways to improve internal communications was the focus of Chris Roediger’s report on the Higher Learning Commission’s (HLC) Criterion 2 report being developed in preparation for an on-site accreditation visit on November 18 and 19. Ideas include adding photos to the new online employee directory (www.npc.edu/directory); encouraging more employee mixers; improvement of supervisory training; and development of one college-wide shared calendar of meetings and events.

Also related to the HLC visit, Dr. Judy Yip-Reyes, director of institutional effectiveness, continued her training during a work session prior to the regular meeting.

During the work session, David Huish, director of facilities and transportation, briefed the board on the search for a construction manager to oversee the proposed projects on the Show Low Campus. While there were international responses to the initial job search, Huish indicated the position will be re-posted and advertised in multiple trade publications aimed specifically at construction or project managers.

Huish also reported the review has begun on the proposals submitted by architectural and design firms for the Show Low projects. Because of the diversity of the projects, different firms may be used. For example, the skills center may require a different design team than the educational building and a third could be used for the remodeling for nursing and allied health classrooms.

During his report, President Vest applauded the success of NPC/NAVIT students at the SkillsUSA statewide competition. “It is great that our students have this opportunity now to compete at the national level,” noted Vest.

On Tuesday, May 21, the board will conduct public hearings on the proposed budget, tax rate and levy, beginning at 10 a.m. in the Tiponi Community Center on the Holbrook – Painted Desert Campus, 2251 E. Navajo Blvd. A special meeting will follow, to formally adopt the budget and set the tax rate and levy. The regular monthly meeting will follow. The board will meet in work session at 9:30 for a briefing on the upcoming accreditation visit and to discuss the Show Low construction projects. Copies of the agenda will be posted online at least 24 hours in advance. 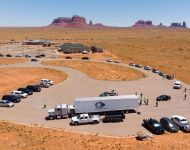 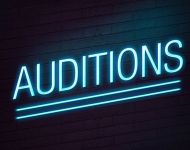 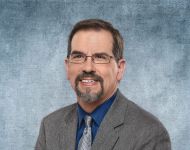 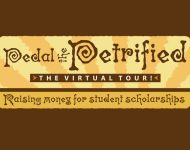 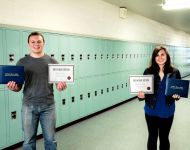