At its April 17 meeting, the board adopted a preliminary 2018-19 budget based on increasing the primary property tax levy the maximum 2 percent, excluding new construction, over the current year. When the tax levy is increased at the maximum percentage, a Truth in Taxation hearing is required.

Under the state’s Truth in Taxation (TNT) statutes, the college district is requesting an increase in primary property taxes of $300,872, or 2 percent. According to the TNT formula, the primary property tax for an owner-occupied residence with an assessed valuation of $100,000 would increase from $181.64 to $185.27. NPC does not have a secondary tax rate to pay for any improvement bonds.

This year’s tax levy shows Navajo County valuations increased as a result of over $12 million in new construction. In 2017, the county’s valuation was impacted by nearly $26 million in negative new construction valuation, partly related to closures at the Cholla Power Plant and the Peabody coal mine. The timing for the full closure of the Cholla Power Plant or the revenue decline is unknown.

Property taxes generate over 40 percent of the college’s proposed budget. Another major revenue source for the college district is equalization state aid to supplement property tax collections from Navajo County taxpayers. Next year, NPC is expected to receive over $6.91 million in equalization aid, up 3.6 percent from the current year. NPC receives equalization aid because the total Navajo County assessed property value is below the average of other rural counties in the state. To retain this beneficial subsidy, state leaders expect Navajo County taxpayers to provide maximum support through the local property tax. Northland’s proposed tax levy is at the maximum allowable. NPC receives nearly 30 percent of its budget in combined maintenance and capital support and equalization aid from the state.

One of NPC’s important goals is to improve the communities it serves through investments in people, classrooms (whether brick and mortar or via technology) and equipment. NPC’s prudent fiscal management includes planning for the future, reserving needed funds, setting aside resources for future needs, and minimizing expenses. NPC governing board members recognize the benefits of saving financial resources for the future needs of the college.

Economists have long held that investments in education are an important source of economic growth. A 2015 study prepared for the Arizona Community College Coordinating Council shows that for every $1 spent supporting NPC operations, $1.90 is returned to the local economy.

After the public hearings, the governing board can decrease or accept the budget from the preliminary figures adopted on April 17. The budget data can be viewed or downloaded as a PDF from the college’s website: www.npc.edu/fy2019-preliminary-budget.

Interested citizens are encouraged to attend the Truth in Taxation and budget hearings and make comments prior to formal adoption of the budget by the local governing board during a special meeting immediately following the public hearings.

Comments about the budget or proposed primary tax rate increase can also be submitted online. Answers to many frequently asked questions are also posted with the comment form. 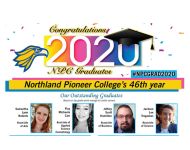 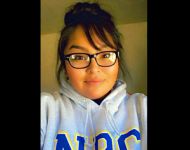 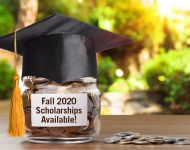